Make no mistake: The Last Guardian is virtually unchanged from when it was first revealed as a PlayStation 3 game all those years ago. But that might be its most charming feature.

"What you see here today is what we've had in mind from the very beginning," director Fumito Ueda told Polygon before we got our hands on a 45-minute demo of the game.

"The beginning" — as those who follow Team Ico, moody puzzle games or E3 press conference history know — means 2007, when the game entered development; we first saw it at Sony's 2009 E3 event. Back then, The Last Guardian was a gorgeous adventure game bound for Sony's fledgling home console, the PlayStation 3. 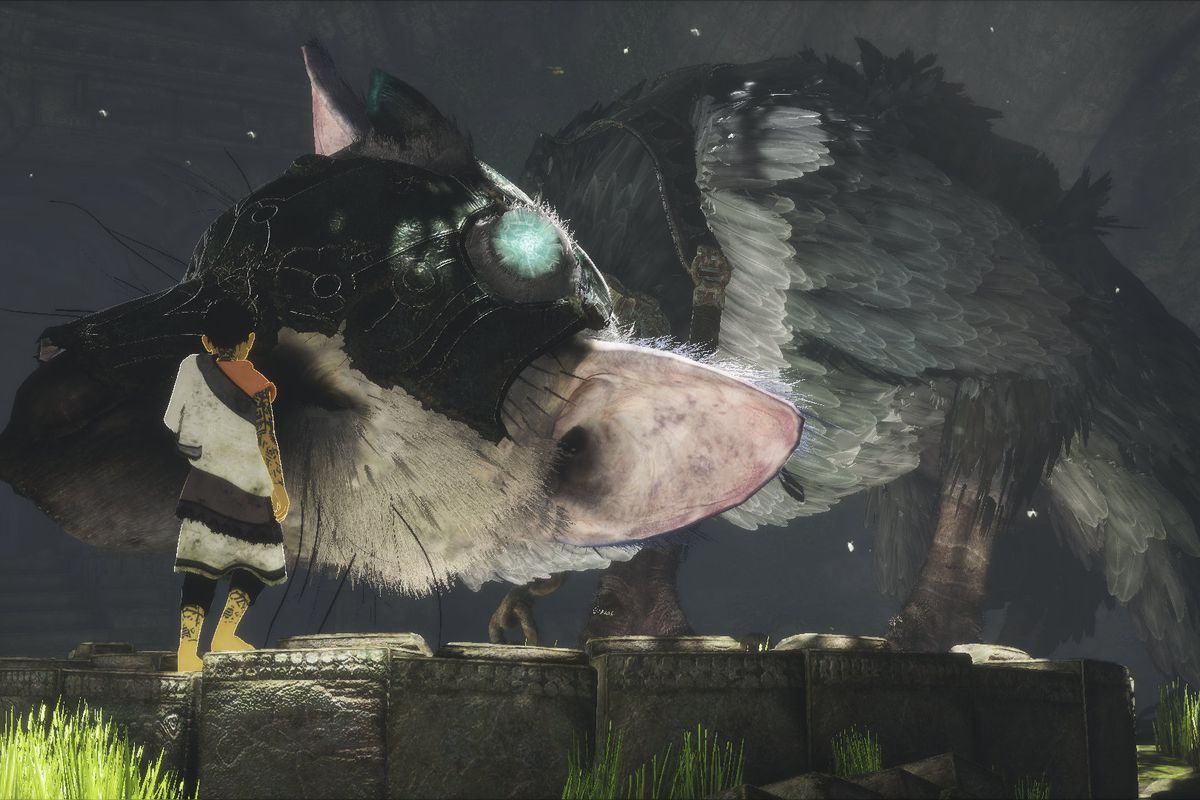 Obviously, that didn't happen. But even with a change of platform (to PlayStation 4) and a long, long production, Ueda promised that the "core vision" has always remained the same. That's what makes finally playing The Last Guardian as it is today a strangely nostalgic experience.

We played the game from the very beginning. The opening area doubles as a tutorial, but we didn't really need one: Your character will primarily be jumping, climbing and hanging on to ledges and Trico's fur.

The game play harkens back so closely to Team Ico's other two projects — Ico and Shadow of the Colossus — as to contribute to that feeling of deja vu. We scaled Trico for some puzzle solving and pulled out bloodied spears from his back, which reminded us of the boss battles in Shadow of the Colossus. There's also narration that points you in the right direction, spoken in the foreign tongues used in Team Ico's other games.

The Last Guardian doesn't diverge much from the older two games visually, either. It features the same washed-out palette as its predecessors: natural settings awash in grays, greens and browns. The game's beautiful, but it also clearly doesn't make exhaustive use of the PS4's more powerful tech.

But the game isn't a simple retread. The anonymous hero wields an illuminated disk that, when it comes in contact with Trico's tail, unleashes burning lightning strikes. That's a new way to solve puzzles, one that makes the animal more effective than Ico's vulnerable partner.

The fiddly camera means that executing these attacks isn't always so easy, but we didn't have much time to gain mastery over the skill during our playthrough.

After nine years, The Last Guardian is finally complete. It's a game we can all now experience for ourselves, after many no-shows at trade-events, and reported issues during development.

Created by Sony Interactive Entertainment's Japan Studio and Gen Design, the game has had a notoriously rough path to launch - though the result is well worth the wait. But when it was announced as a PS3 project all the way back in 2007, little did we know we'd end up playing on one of two consoles:

﻿ its successor, the PS4, and of course the freshly minted PlayStation 4 Pro.

Yes, Pro owners can rest easy. Despite no mention of specific support for Sony's new console in any of its patch notes (we're currently up to version 1.2), there are two distinct levels of support implemented.

﻿Let's talk visuals first. On the standard PS4, you get a native 1920x1080 resolution - giving you a far crisper image than we could have expected from a mooted PS3 version. It's easily one of the most visually arresting games on Sony's latest generation of console hardware.

At the heart of the production is Trico, a huge creature of many moving parts. Despite the dense of feathers covering its body, when placed against the game's lighting, Trico has a nearly Pixar-esque quality in motion

How to Get Kodi on PS3 in 2 Minutes? - Kodi Tips Tricks
Can you play Fortnite on Xbox 360 or PS3?
What is the difference between the ps4 and the ps4 slim?