igsaw has killed your partner and destroyed your life. Now he has trapped you in an abandoned insane asylum that he alone controls. If you can defeat his brutal traps and survive, you may just discover the truth behind what drives this twisted serial killer.

SAW is a third-person perspective, survival horror game based on the SAW film franchise, which has grossed more than $665M worldwide and sold more than 28 million DVDs. The game features many of the deadly mechanical traps seen in the film, as well as terrifying new ones.

Players will pit their wits against Jigsaw as they navigate his world in an attempt to evade and escape his gruesome traps, while also struggling against his minions in brutal combat by using weapons found within the environment. 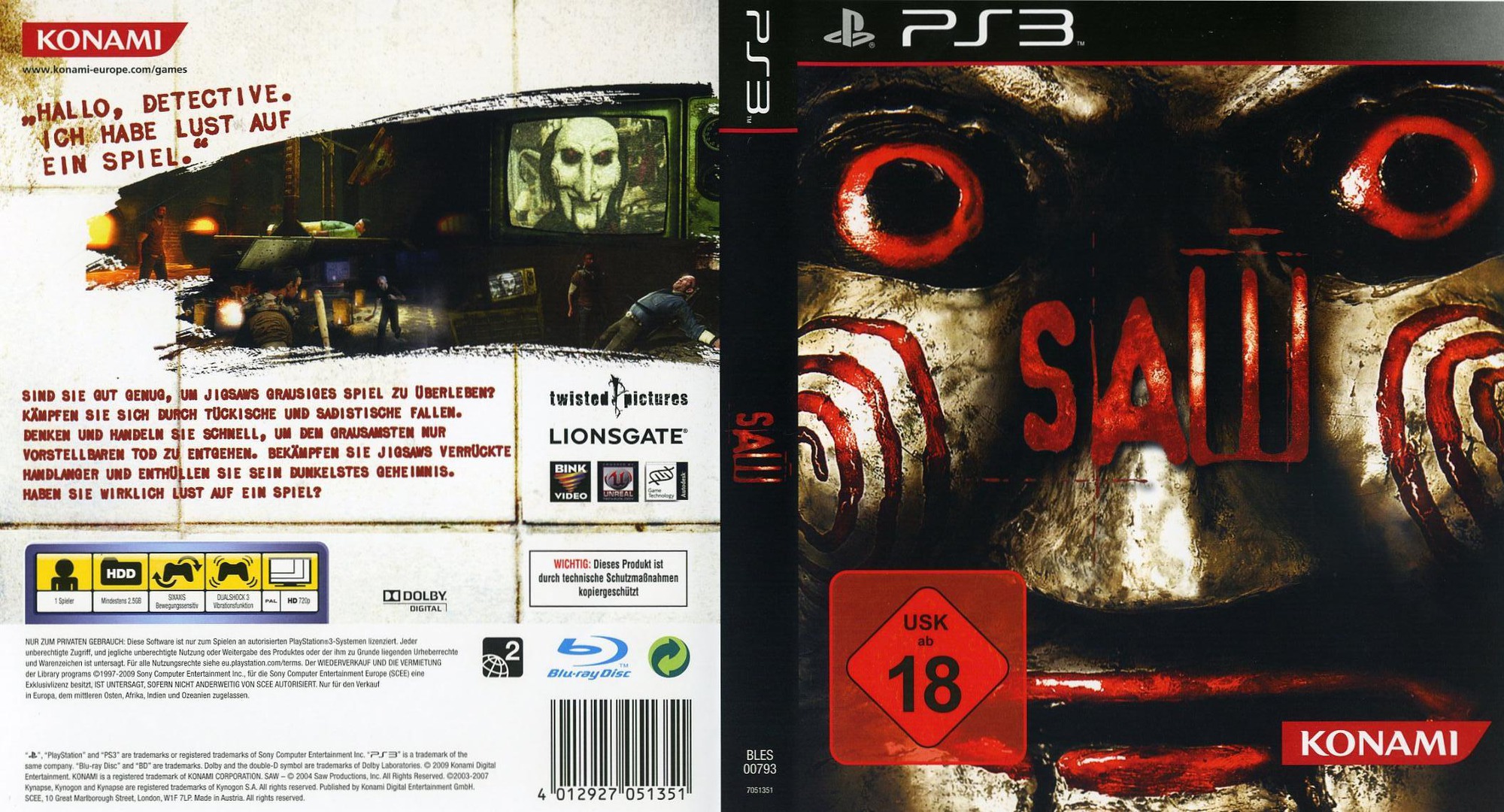 SAW, the video game, is based on a treatment from Zombie Studios and the creators of the SAW franchise, Leigh Whannell and James Wan. The timeline for the game takes place between the movies: SAW and SAW II, giving the game its own story, yet fitting within the narratives of the movies. The story centers on Detective David Tapp who awakens in a decrepit, abandoned asylum. He has been captured by his longtime nemesis, Jigsaw.

Obsessed with catching this serial killer, Tapp’s mission has consumed him and ruined his family, resulting in divorce, mental imbalance, and abandonment. Worse yet, this frantic hunt destroyed Tapp’s career while he watched his long-time friend and partner get killed by one of Jigsaw’s traps. Now Jigsaw has the upper hand and has captured the detective.

• Jigsaw has laid out a gauntlet of torturous traps for a handful of innocents. Only you stand between them and an untimely end. Think quickly. The clock is ticking.

• Who lives and who survives in the game is determined by the decisions you make.

• Unanswered questions from the films are finally laid to rest: discover the origin of Jigsaw and why he devoted his life to games, and find out what happened to characters from the first SAW movie.

one of the best games i ever played but i don't get why they would not use hoffman or officer rig or any of the other saw characters from the movies i would have been a lot more fun if they made it based off of saw 4 the movie.

They are canon to the film series. All I know is that the first Saw game takes place between Saw 1 & 2, and Detective Tapp survived the gunshot from Zepp. However, if a movie has Tapp die directly from Zep's gunshot, then the games aren't canon at all

saw. Really I can't find anything positive to say about this game. It's almost like it was made out of a joke, just to cash in off of the Saw movies name, which I've yet to figure out why there are so many of.

The game consists of repetitive and annoying puzzles and traps that instantly kill you around every corner. Cheap way to make a short game take 7 hours to complete, right? The voice acting isn't the worst I've heard, but it is pretty bad. Sometimes it's hard to tell if voice acting will be bad if the dialog sucks.

This was a mix of both bad dialog and bad voice acting, and the annoying laughing after you die is just irritating and makes you wish you could throw a fist at whoever recorded it.

SAW pervades us with a creepy atmosphere with the shattered interiors of Whitehorse asylum giving the game its scary and lonely elements. Unfortunately the combat seems like an afterthought, with detective swinging fists as though he was under water.

The characters are dire and don't contribute anything meaningful to the narrative.

How to Get Kodi on PS3 in 2 Minutes? - Kodi Tips Tricks
Can you play Fortnite on Xbox 360 or PS3?
PlayStation Move Ape Escape PS3